I'm going to start by saying that I know that I'm going to get a lot of flack from the fellas for this one but...so be it.

Recently, reports surfaced stating that Elin Nordegren-Woods (the estranged soon-to-be ex-wife of golf star Tiger Woods) would be receiving a $750 million divorce settlement. After this announcement was made people went on the nut on both sides of the fence arguing about why this woman should or should not receive that amount of money.

Well, here's my take on it: she deserves every penny of whatever she ends up getting.

So what if Elin never swung a golf club other than to allegedly break out the windows of Tigers vehicle when she found out about his affairs. When that man stood before God and the rest of the world to take that woman as his lawfully wedded wife, he made a commitment. And that commitment was meant to be honored until death do them part.

I get really tired of hearing men make excuses for the men who get caught up in these situations by saying things like: Women go after high profile men so what does she expect? It's the nature of a man to want to conquer as many women as possible. Or, and this is the one I hate the most, maybe he has a sexual addiction.

Well let me just tell you that is just a heaping helping of a bunch of crap on top of crap. There is no excuse for a MARRIED man, or woman, to cheat and I applaud Elin for being strong enough to walk away with her head held high. All too often these things happen and women will overlook it just because society says that this is what men are supposed to do.  Kiss my grits with that mess!

If a person feels that they still have "wild oats" to sow, then that person should NOT get married; plain and simple. It is selfish to expect someone else to be understanding just because you want to have your cake and eat it too. Every marriage has it's ups and downs, but that's called being in a relationship. If you are unhappy with your current circumstances, be man or woman enough to go to your spouse and talk about it. If the problems can't be worked out, you don't just get to cheat, you seek any other alternative possible to try to work those problems out. That's what marriage is about. Nobody ever said it was easy!

So in this situation, and situations like these, it seems like the only thing that really truly gets these guys' attention is when you hit them where it really hurts: in their pockets. While the money won't take away the pain and humiliation that was suffered from the infidelity, it goes a long way for soothing it.

So fellas, whether she walks away with $100 or $750 million, don't hate on Elin.  Rather you should pull your boy by the coattails and tell him to take note so that it doesn't happen to him.  Next time tell him to ask himself: Is the jump-off really worth losing half? I tend to think not.

But then again, I'm just a woman. But you better believe that if my hubby messes up, I'm not just going to try to take half and I ain't lying...just read one of my books. :-) 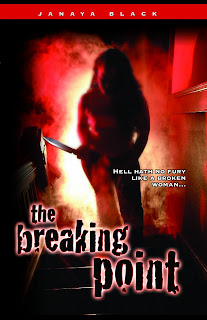 Anyhoo, until next time...keep it in your pants and you won't have these types of problems.