One thing is for certain, Quentin Taratino's newest movie Django Unchained is anything but your typical run-of-the-mill slave flick.

I have to admit that it's been a while since I've seen a movie at the theater that didn't leave me feeling cheated by the time the final credits started rolling, but this one was definitely worth the ticket plus over-priced popcorn. (Yes, I'm a cheapskate...don't judge me.)

Django is the tale of a slave, branded as a runaway, who happens to fall upon the unbelievable fortune of meeting Dr. King Schultz (Christoph Waltz), a German bounty hunter, who in his quest for his latest conquest buys him and then makes him an offer that he can't refuse: Help him find and capture his marks in exchange for his freedom. And as an added bonus, he promises to help Django (Jamie Foxx) find his wife and buy her freedom. From that point on the dust starts to fly and the guns get to blazing. 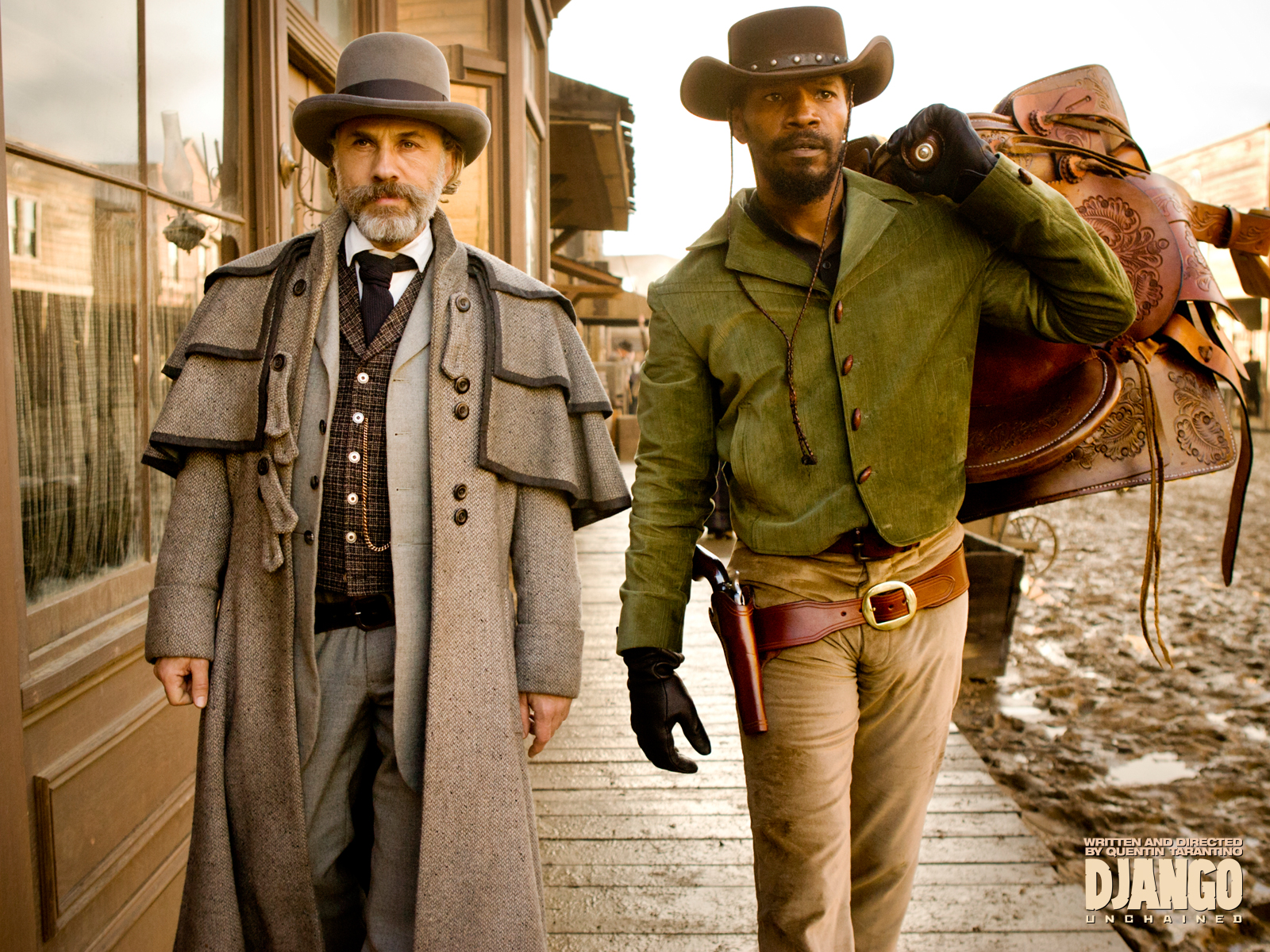 Enter Calvin Candie (Leonardo DiCaprio), a blood-thirsty plantation owner who just happens to be the current owner of Django's beloved wife Broomhilda (Kerry Washington), and his ever faithful house slave Stephen (Samuel L. Jackson) for a non-stop chain of events that will keep you on the edge of your seat.

In true Tarantino fashion, blood, guts and satirical humor are never lacking but in the midst of it all there is a story that will strike a chord with viewers of every race, creed and color. While slavery and all of its historical accounts and visuals never cease to be a touchy subject, Tarantino puts an interesting spin on it with this tale of revenge and retribution.

Foxx, Waltz, DiCaprio, Washington and Jackson are great mix of chemistry and talent as the cast of this project, with special appearances by Don Johnson (oldie but goodie) and Quentin Tarantino himself.

Django Unchained was definitely a worthy cause for making a trip to the movie theater in what I like to call hibernation weather, and if you're "frugal" like me, catching the matinee will be an added bonus.  So all in all this one gets 10 spirit-fingers.

Did you see Django Unchained? Let me know what you thought.

Don't forget to check out the trailer for our upcoming project Someone To Watch Over Me.