While I consider myself to be a person who advocates for your people, today I got a staggering reality check when I visited with some students at a local high school in my area.

As I sat down to engage these young men and women in conversation about their lives, how certain outside factors affect them, and how they view things, I quickly came to realization that while these kids are much smarter than we give them credit for, they are pretty much grown and it's not because they want to be; it's because they don't have a choice! They are basically raising themselves.

I mean some of the stories I heard really touched my heart. Many of them spoke of situations taking place in their lives that people in their 30's have never had to deal with and then they have to turn around and deal with trying to finish school and all the drama that comes with that: peer pressure, jealously, trying fitting in, questioning their sexuality and the list goes on. And the saddest part about it all was that 90% of them voiced the fact that all they really wanted in the midst of it all was someone to they could talk to about the things they were experiencing and guidance about how to deal with it all.

It's a given that parents have to work in order to provide for their families, and we all know that every household is not a two parent household. But the reality of the situation is that your kids did not ask to be here. You brought them into this world so it is up to you to take care of them, and it takes more than just feeding and clothing to raise a child. Just like you when you were young, your child wants to know that you love and care about them.

As a parent, I recognize the fact that my teenage child is not going to tell me everything even though I feel that we have a very good relationship, but that still doesn't stop me from asking questions. I ask my kids how their day at school was, I watch their body language when they come in from school to see if anything seems to be bothering them, and my husband and I regularly check the school's online system to make sure that all homework is being turned in and the work is getting done in class.

Is that inconvenient? Yes! But guess what? That's called being a parent! It's a shame that some parents don't feel compelled to take a more active role in their childrens' lives and then they wonder why they are out in the streets acting crazy. They are trying to get your attention!

How does your child get suspended for five days and you don't know anything about it? Why is your child flunking every class and yet you've never been to a parent-teacher conference? How does that happen?

People, we need to re-evaluate our priorities. What do we have to look forward to with a generation of kids raised by television? We all know that's not anything that we should willingly look forward to. Now is the time to labor and invest in the future of your kids, because if you don't...rest assured you will pay for it in heartache later.
Posted by Janaya Black at 7:28 PM 1 comment: 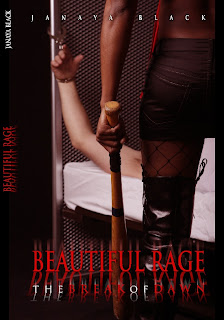 Check out the book review author Monique Mensah wrote for my book Beautiful Rage: The Break of Dawn:

Beautiful Rage: The Break of Dawn is a twisted tale of maniacal revenge. The third installment in the Prison Chronicles series explores the tragic, but triumphant tale of Dawn Langston. Reporter, Vanessa Jackson, gives Dawn the rare opportunity to tell her side of the story, granting her the gift of redemption and giving her a voice she otherwise may have never been afforded.

When Dawn’s sister is kidnapped and brutally murdered by a heartless and narcissistic drug dealer, Dawn becomes obsessed with redemption. Following the adage, “Revenge is a dish better served cold,” she sets out to execute a convoluted, diabolical plan to make her sister’s killer pay with more than just his life. Keeping her plan a secret is a hefty duty that becomes even more complicated when the detective who worked her sister’s case becomes a love interest and a dangerous distraction. Dawn is continuously faced with the task of setting her morals and personal life aside in order to wreak havoc on the one man that took the most important person from her life and tore her family to pieces.

With Beautiful Rage: The Break of Dawn, author Janaya Black plunges readers into the dark and sinister mind of a woman gone mad with rage. There is no time to catch your breath as each scene is depicted with a straight forward and no nonsense illustration that keeps you turning the pages until the inevitable is finally revealed. In engaging myself in this quick and entertaining read, I found that I was questioning my own morals and feeling a tinge of guilt for rooting Dawn on during her sadistic conquest. We would all like to believe that we wouldn’t do something as heinous as taking the law into our own hands, but there is a thin line between raging anger and insanity.

This book will leave you with the question, “What would you do avenge the death of the person you love the most?” This book is not for the faint of heart as I found some parts a little difficult to swallow. But I was just too enthralled to turn away. If you’re looking for a fast-paced, hard-hitting adrenaline rush, you’ve found it with Beautiful Rage: The Break of Dawn. Check it out, but only if you think you can handle it.


This review was provided by:
Monique D. Mensah
Author of INSIDE RAIN and WHO IS HE TO YOU
Posted by Janaya Black at 4:05 PM 1 comment:

When I saw this video a lot of different things went through my mind all at the same time.

First I was angry and then I was livid because once again the people who are supposed to represent us in office have failed miserably.  Then after I reminded myself that I didn't actually vote for governor this time around, so I in essence in directly contributed to Synder being in office, I felt silly.  After that passed, I was sad because I realized that at the end of the day all of these things must come to pass whether we like it or not. Why? Because God said it would and He can do anything but lie.

Over the course of the past few months I have been studying the book of Revelation and Isaiah and everything that we could ever want to know about what's going on right now and why it's happening is right there in black and white. And the tripped out part is that the worst is still yet to come.

Nevertheless, we should not be discouraged because if we know Christ as our personal savior we don't have to fear what is coming.  Yet we are still told that if we resist the devil he will flee and in the midst of what seems to be hopeless situations, it is our responsibility to still do what we're supposed to do. Despite Synder's proven disregard for the wants and needs of the constituents, in favor of his rich friends, this is still a democracy, and history has shown that when people unite together for a mighty cause then the powers-that-be have no choice but to listen.

So, I for one will be writing some letters and making a conscious effort to be more astute when it comes to political matters instead of turning an apathetic eye. Even though I honestly don't believe that the system works for the "common man", the fact still remains that if I don't at least make an attempt to do something about it then far be it for me to sit back and complain. What will you do?
Posted by Janaya Black at 10:56 AM No comments: 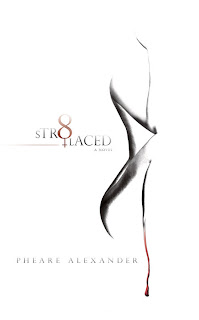 First off, let me start this off by saying that I have finally encountered an author who made me squirm; and I have read, and written, some disturbing and gruesome books, but Str8 Laced by Pheare Alexander was a book that I won't be forgetting anytime soon.

In this story, Dr. Jocelyn Reynolds was abducted by a woman named McClaine Henry, who is a twisted sociopath with a criminally insane agenda that is out of this world. After being held hostage, tortured and sexually abused for 8 weeks at the  hands of a monster with no conscious whatsoever, Jocelyn finds herself back at home with her loving husband and family.

Fast forward to nine years later and Jocelyn has managed to move past her abduction and settle back into some sense of normalcy; that is until her best friend Karen is abducted and the killer begins sending gruesome clues about the motive behind the madness as a sick and twisted cry for help.

In this book, Alexander paints a very vivid and horrifying picture of what goes on in the mind of a sociopath in painstaking detail. Once I picked this book up, I found myself being torn between wanting to throw it in a corner and never pick it up again for fear of finding out what would happen next and being unable to tear my eyes away from the pages because I had to know what was going to happen next.

Aside from a few inconsistencies with some of the details leading to the jaw-dropping revelation, Str8 Laced was definitely a page turner that will have you staying up till all hours of the night to finish it and you will most certainly walk away from the experience viewing people in a whole new light.

Keep an eye out for Pheare Alexander, she's definitely an author to watch.

Check out the Prison Chronicles Series on Kindle!
Posted by Janaya Black at 8:07 PM No comments: