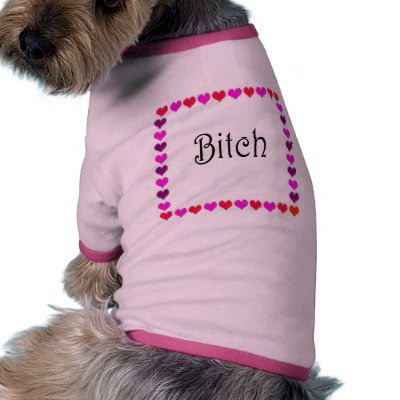 I know I've been away for a while but recent reality TV shenanigans, and life in general, has prompted me to get back on my j-o-b. So here we go...
Bitch- a female dog; a female of canines generally.
It seems the the use of this word as a term of endearment has escalated over the past few years, and the way that we as women have embraced it as such is a blaring example as to how far we have sunk in our view of the female gender.
There used to be a time when girls aspired to become "ladies", which was a term that personified everything that was feminine, classy and beautiful about being a woman.  Whether it was the way she acted, dressed or spoke, a lady always knew how to conduct herself in public and in private.  Now days, so many women are so seemingly starved for attention that they have resigned themselves to becoming "less than" she was meant to be. 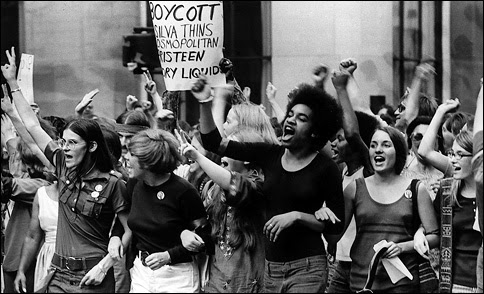 Not so long ago when a man referred to a woman as a bitch in a song, rap, or public forum, there would be an uproar.  It was a fighting word and if you said it to a woman, then you needed to be prepared for the consequences that were sure to follow. The connotation of a word that portrays women in such a negative ad misogynistic light was met with much opposition, and to now hear women calling each other that as a way of showing affection, as well as hatred, is baffling and sad.
And to make matters worse, now days when men refer to their wives and girlfriends as "my bitch" they smile and nod proudly at the recognition. Then in songs when they refer to women as "bitches" and "hoes" we bob our heads appreciatively to the beat while waving our hands in the air.
It's bad enough that media has been allowed to let these things become part of our daily entertainment, but for us to continue to perpetuate the cycle as if there is nothing wrong with it is even worse because most of us are old enough to know better.
Ladies, we have got to do better. We continue to complain about how our men are treating us and wonder why they don't respect us, but yet we're on television, out in the clubs and everywhere else fighting, tearing each other down and calling each other bitches and hoes.  Until we learn to respect ourselves and each other we are getting exactly what we deserve.
The definition clearly states that a bitch is a dog, and there is nothing flattering about that comparison when it comes to being a woman...no matter who's mouth it's coming out of.
Women are beautiful creations of God who were given the distinct honor of being the vessels used to bring life into this world.  We are the backbones of our societies and our men and deserve to be treated as such.  A queen is a a queen does.  A queen does not allow herself to be reduced to being compared to things that eat from the garbage and sniff their own feces. 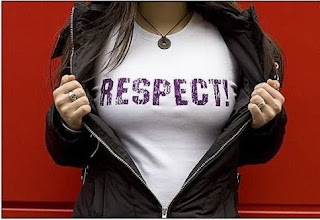 So the next time the b-word comes to your lips, think about that.
Till next time be blessed.
Visit us at www.black-smithenterprises.com or follow me at twitter.com/janayablack.
Don't forget to check out the trailer for my upcoming movie Someone To Watch Over Me. http://youtu.be/eQk6abtZfRA

Posted by Janaya Black at 7:17 PM No comments: