No Mas For Kwame

A judge has sentenced former Detroit Mayor Kwame Kilpatrick to up to 5 years in prison for violating his probation in connection with restitution payments stemming from previous charges. This is no laughing matter, it is in fact a very sad situation.

For those who don't know the original story, Kwame was sentenced to 120 days in jail, of which he only served 99, for obstruction of justice and lying in court under oath about his relationship with his former Chief-of-Staff, Christine Beatty. As a result of this, he was ordered by the court to pay $1 million dollars in restitution to the City of Detroit. 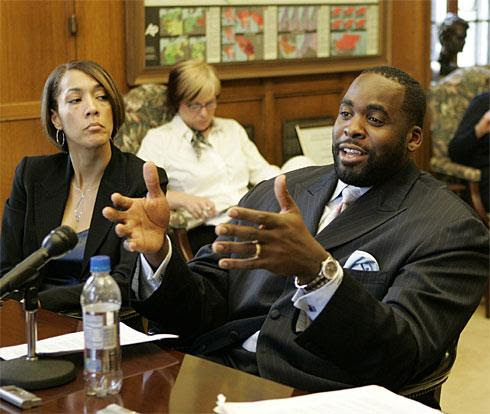 Now fast forward to 2010. After getting off with basically a slap on the wrist for the charges he was charged with he then went on to move to Texas to work and raise his family. Nothing wrong with that. But in the midst of him continuing his life in Texas, he still had an obligation to repay his debt to Detroit; the city that he basically used as his personal bank account.

Not only did Kwame go to Texas and "rent" a house that was worth more than $1 million dollars, he also funneled exorbitant amounts of money into an account for his wife. Then he decided of his own volition to decrease his required monthly restitution payments because he claimed that he couldn't afford to pay $6,000 a month. The mockery doesn't stop there.

The court then ordered him to appear for a probation hearing, and in those hearings Kilpatrick was arrogant, self-righteous, argumentative and made a point to try to outwit the court with double talk at every turn when he was asked about his financial situation and where he was getting large sums of money from.

Now today when he stood before the judge who held the fate of his future in the palm of his hand, he chose to be humble and sincere. Too little, too late.

Let's be clear, no one is perfect and it is not for us to judge anyone else. But pride always comes before a fall. God's word says it and His word is not mocked. Maybe if Kwame would have humbled himself in this situation and did what he was supposed to do instead of trying to be clever in thinking that he is above the law, perhaps things may have turned out a little differently for him. I mean, you don't see Christine Beatty living out a Cribs lifestyle in ATL. She is living below the radar, and apparently doing what she's supposed to do to stay out of prison.

Humility is the lesson that people should walk away from this situation with. If you don't humble yourself, God will definitely find a way to do it for you. To err is human, but to own up to your mistakes and do what is required to make it right is called being a grown up. 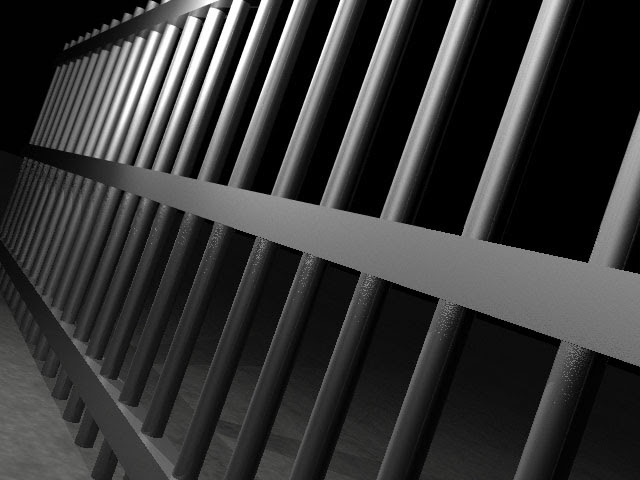 It's unfortunate that now due to their father's arrogance, his children will now have to live a big chunk of time without their father; their provider. The prisons are already too full of promising Black men who should be actively helping to shape the destinies of their children, but instead they are buried behind mountains of concrete walls wishing that they had done things just a little differently.

Is 5 years too much? I think so, but at the end of the day none of our opinions really amount to much of anything.

Pray for Kwame, pray for Kwame's children and pray that someone will learn from his mistakes without having to walk the same path that has already been beaten by so many other promising people.